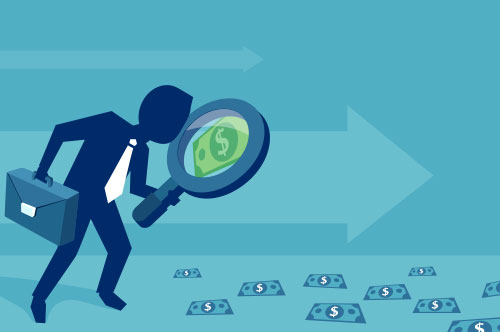 Traditionally, companies have sought to change sales compensation plans to better align sales costs with growth and other business objectives, and salespeople settling into “comfort zones” by failing to match their activities and behaviors to what the market is doing.

But now companies are seeing a new path forward that can better solve these issues by leaving behind legacy programs that tie income to territory. It’s clearer than ever that the value sales reps provide is migrating away from facilitating transactions and sharing product features and toward highly specialized sales teams that engage strongly in market-making activities.

This creates a need for a fresh and rigorous sales compensation plan. Though redesign requires meticulous analysis and supportive implementation, if done correctly, it’s one of the most effective ways to realign your sales team around specific goals, attract and maintain quality salespeople, and cultivate a powerful collective culture.

Imagine three years into the future and ask:

Assessing the criteria that are most relevant to success will guide the process moving forward.

It’s important to understand if a change in sales roles needs to happen immediately or can happen over the course of the next three to five years. This will determine if a relative or absolute blend of the two types of performance programs will be most effective.

There are varying degrees of these two models, but designing a strong relative performance model can provide alignment and flexibility without sacrificing the motivational aspects of absolute programs.

How to Design a Strong Relative Performance Program

Step 1: Build the Structure by Solving for Three Variables

Variability of these three factors set the window for determining the mix between fixed (salary) and variable pay.

Base Salary vs. Incentive Pay

The process of determining how much money a salesperson will earn by generating a certain amount of GP dollars in relation to their base salary can actually be done objectively. Analyze historical data from previous commission-based compensation plans to determine the average pay of every sales rep, factoring in seasonal flow, to capture performance that can be used to determine the portion of pay that historically has not been at risk by 100% commission-based salespeople. Base salary can be set here, or that number can be used as the inflection point to determine where incentive pay should kick in. Whether the base salary is set to be variable or constant affects the degree of risk and reward in the plan.

Inflection Point: At What Point Does Variable Incentive Pay Commence?

Setting an inflection point assumes that a certain amount of business can be expected, but, beyond that, sets a point at which incentive dollars start to be earned. Whether the inflection point is variable in relationship to base salary or constant also affects the degrees of risk versus reward involved in the plan.

Make sure the risk/reward tradeoff of a new compensation plan exceeds that of the existing plan. Because human psychology perceives losses as more motivational than simply obtaining benefit, a company is more likely to see desired changes if appropriate risk is introduced into the compensation model. This creates necessary adoption pressure in the plan because simply maintaining the same production as the year before is not standing still in the distribution industry, but rather going backwards.

Ultimately, risk and reward can be determined by using the historical average pay of sales reps and the inflection point to determine a window wherein a lower base salary correlates to higher potential incentive money, and a higher base salary correlates to a lower potential for incentive money. Meaning, leaders isolate a window in which they can set the salary where the previous pay value intersects with the inflection point value for the preferred degree of risk/reward. The goal is to have more risk and more reward. Determine the degree of risk needed by considering current company culture and evaluating what level transformation will be useful.

Step 2: Determine Which Performance Measures to Use

Leaders must return to their definitions of success to select factors upon which to measure a relative performance program.

A single-factor performance measure may be built around percentage of GP dollars. It is often initially the best model to use to move away from the prevailing paradigm built around total dollars opposed to total dollars being relative to expectations. This can align everyone in a given role around a common goal and can be organized around a fixed amount or percent of salary.

Introducing a multifactor payout structure adds one or two factors, allowing the relative performance plan to align with many goals. Beware of adding more than three factors, however, as that begins to complicate the structure and can result in frustrating instead of motivating salespeople.

Mike Emerson has been a IRCG partner since 2004. Mike joined Indian River in 1998 and has worked with hundreds of distributors and manufacturers of all sizes and within many lines of trade.

As a Partner in the firm, Mike has managed a broad array of projects. His main focus areas include: compensation design, strategy facilitation, market research, and data modeling and analysis.

Mike writes extensively on distributor and marketing channel topics and is frequently quoted on contemporary issues. He has authored four books, published by NAW: What’s Your Plan? Smart Salesforce Compensation in Wholesale Distribution, Working at Cross-Purposes: How Distributors and Manufacturers Can Manage Conflict Successfully, Value Creation Strategies for Wholesaler-Distributors and What’s the Right Plan? Effective Sales Incentive Design for Wholesaler-Distributors. Mike is also a university lecturer on marketing topics.